Georgia chose to read and review Dream On by Terry Tyler 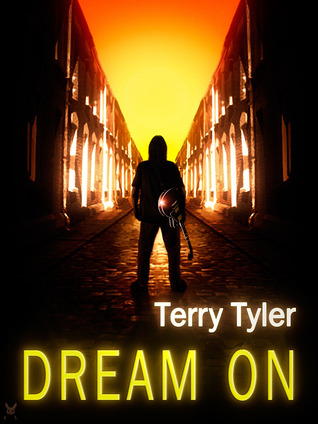 Dream on by Terry Tyler

Dream on is a work of contemporary fiction telling the story of various people in and connected to the members of a band in a town that could be yours. I bought Dream on a long time ago now and it has been languishing on my kindle, but I was delighted when I eventually got to it to find it filled with rich, meaty characters that feel as real as if they’d just greeted you when you walked into the pub. I should have known it would be as having read other books by Tyler this is what I’ve come to expect.

Dave Bentley believes he was born to be a rock star and having come up with the idea that he’s also a reincarnated Viking warrior forms a band, Thor, with other band members Shane, Richie and Boz. The problem is that Dave isn’t entirely free to live the rock’n’roll lifestyle he’d maybe like because of his on-off girlfriend, Janice, who also happens to be the mother of his son. I say ‘maybe’ because I think really he likes it that way. He is a nice guy and a restless dreamer, and whilst one part of him can’t quite give up on his musical aspirations the other likes the settled life. That is until singer- songwriter Ariel Swan walks back into it. She is his one true love and has already broken his heart once. Janice understandably struggles with this blast from the past making a reappearance (and I don’t blame her) because Dave is the love of her life.

I really liked Janice, who deals with this very maturely, but the thing is I liked Ariel as well, in fact, I felt like that about the whole cast of characters, except possible Melodie who just wants to be a “celebrity” which I find tiresome and a little sad. But this is the joy in this book, there’s no big thrilling ride filled with drama and explosive reactions this is filled with real people. People like those we grew up with, like those we meet down the local, like those we live amongst, each one filled with their own dreams and ambitions and just trying to make it and along the way, mostly, do the right thing.

Thor, Ariel and Melodie separately enter a TV talent competition that is on the lookout for new raw talent, each in the hope of finding fame and fortune and Tyler depicts this brilliantly and in all its cynical glory. However the true star of Dream on are the characters and their relationships which are carefully interwoven and built up with detail and realism showing the joys and passions, foibles and insecurities real people have. This is a thoroughly enjoyable novel which I don’t hesitate to recommend.

Although there is a sequel, Full Circle, this is a complete story in itself finishing with several happy ever afters ….or at least, I got the feeling, happy enough for nows….