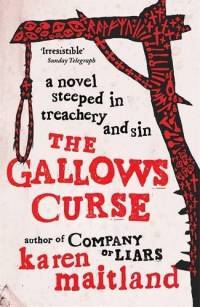 With the recent 800 year anniversary of the signing of the Magna Carta, this book is ideal as it is set in the time of King John.  An in depth insight into 13th century life from the nobles to the villains. Scheming, herbalists & superstition.  Far surpasses any modern `Who Dunnit`

Set in the reign of King John, when the whole of England was under sentence of excommunication (among other issues, King John wouldn’t accept the Pope’s choice of Archbishop). Can you imagine the chaos – all the churches closed, King John in retaliation arresting every priest who hadn’t fled and the people terrified of dying in sin without the last rites? No burials were permitted on consecrated land, no marriages were conducted, no babies baptized. But I don’t want to reveal much more, except to say the plot involves people-trafficking, murder and, oh yes… a very feisty dwarf and a eunuch with a hunger for revenge.

Yellow and white so pretty. Snow melting off of the heathland gorse.
'#SelfHelp advice about taking back control of your life.'
'A woman with a long reach from the grave'. Rosie's #Bookreview of #Paranormal Tale The Grimy And The Greedy by Meaghan Curley.
One more photo from my walk after the snowfall.
'Pendragon (Pen) Devon is sent to stay with his uncle in a remote Scottish castle after pushing a school bully into a lake. Even though Pen was sitting in the library at the time, this was the first example of The Rite appearing in Pen.'
'She's Britain’s best-loved psychic'.
Just the snow and the wildlife were in the garden last evening. No hiding where the fox went today.
#MagicalRealism And #Steampunk, Set Around The Turn Of The Twentieth Century. Rosie's #Bookreview Of The Raven And The Pig by Lou Kemp
Do you love trees?