Today’s team review is from Amanda, she blogs at https://ajbookreviewclub.wordpress.com/ 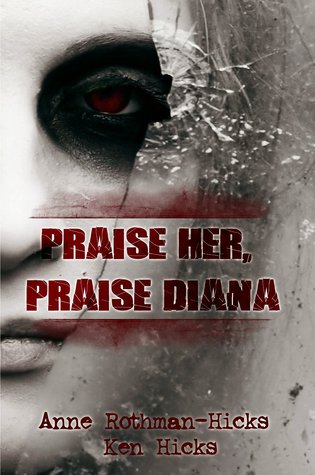 PRAISE HER PRAISE DIANE BY ANN ROTHMAN HICKS & KEN HICKS
Call it life imitating art-author Maggie Edwards publishes a chapter of a book detailing seduction, murder and castration by a protagonist named Diana, and suddenly a woman code-named Diana begins to mimic her actions in real time. Women who have been abused find Diana to be an inspirational figure, and begin to fight back in her name. Soon violence erupting throughout New York City threatens to spiral out of control. …As the police try desperately to identify Diana, Maggie’s high-powered lawyer, Jane Larson, finds herself at the center of an investigation that threatens to upend the entire world around her.
WHAT I SAY
Wow what a book it was a very through provoking and shocking to read but it just grip me i want to know who was Diana ?
The mystery was so tense who was she i found her creepy i felt she was out for revenge why did she not like men i just found her very wried did you ? I was so hook by her
I like that book was set in New York i felt the authors caught the atmosphere and feel of New York so well i been a few times and I could see it so well in my mind it help to set the scene so well it was wrote just how it is

Diana character was a very strong one she was a character in Maggie new book she was raped by two man and she now wanted her revenge she was a very powerful character but now someone it copping the attack
I found the attacks were very violent and very gruesome to read about but where the men in real life just picked at random i did not think so did you ?
Every email Diana sent i find them so chilling and creepy they will just hook you into the plot more i did find some parts very hard to read it was so shocking in places and very violent the sexual attacks were told so in much detail i felt it help me to see just how bad sexual violent crime was it was very hard hitting and will make you think
The book packed with twist and turns it will keep you on your toes it so chilling just a tense gripping read
Who was Diana ? Well that shocked me i did not see it did you i was trying to guess all the time
I like the writing style I would not have guess it had two authors the story just flows so well a very powerful gripping read.