Today we have a review from team member Alison, she blogs at http://alisonwilliamswriting.wordpress.com/

Alison chose to read and review Carla by Mark Barry 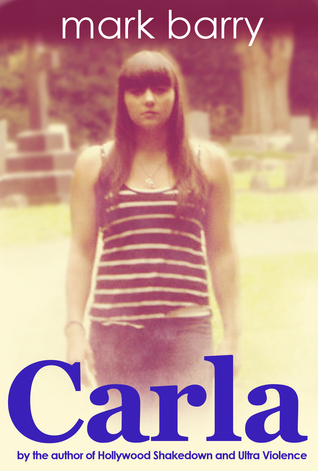 This intriguing novel tells the story of John Dexter, a man with severe mental health issues. John falls in love far too easily and far too quickly, his feelings too intense both for him and for the women who find themselves at the receiving end of his affections. John is a complex character; the glimpses we are given of his past account for his thirst for reciprocated attention and add a real depth to the novel. The first person viewpoint draws you in, and you find yourself alternately rooting for John and then feeling so frustrated by him that you want to reach into the book and shake him – all the while knowing that it isn’t his fault and that he can’t help himself.

John has Borderline Personality Disorder – a disorder that causes sufferers to have difficulty forming and maintaining healthy relationships, with an extremely heightened fear of abandonment. This aspect was handled very sensitively but realistically. John is well aware of his issues, but this self-awareness doesn’t mean he has control, and part of the skill of the writing is that it conveys so well John’s own frustration at his inability to change how he knows things will end, while putting the reader through those same frustrations. His pursuit of young student and barmaid Carla is alternately touching and terrifying.

The narrative is, on the whole, believable and compelling and Mark Barry can definitely write and write well. However, there were a couple of issues with the book that prevented me from loving it.

It might sound pedantic to some, but the author consistently capitalises the ‘he’ or ‘she’ following a closing speech mark after question marks and exclamation marks as in:

“Can you have a look at those stats for me?” She asked optimistically.

Trivial? Possibly, but for me this became distracting, detracting from the text and spoiling my enjoyment of the novel. For me at least, attention to detail is vital.

I also felt that a couple of scenes weren’t realistic – I won’t go into too much detail for fear of spoiling the plot, but I didn’t really understand John dressing as a woman for the open day. I can understand that his disorder might have driven him to do this, but would he really have got away with it? I also felt the final scenes at Carla’s house were rushed and could have used more detail.

Does this mean the book is bad? No, on the contrary, this is a very good book. Does this prevent me from recommending it? Not at all, I absolutely recommend it. But these things are enough to prevent me giving ‘Carla’ five stars, which is a shame.