Cathy has been reading Princess Of The Light by N. N. Light. 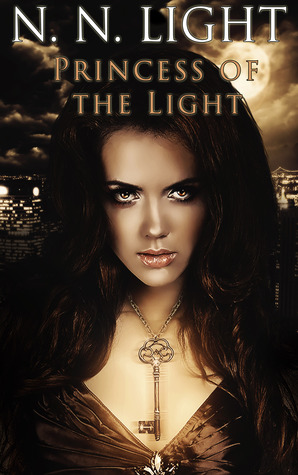 During a visitation by the Angel Gabriel, Mary Miller learns she has been chosen by God to spread the Light and banish darkness and evil, to which end she is given special powers. Her first task is to restore the soul of André, a homeless man, known as the Walking Man. The darkness inside and surrounding André is the demon Than and his sidekick, Lisbeth.

Mary meets Joseph Deacons, who is told by Gabriel he is also one of the chosen and has a undertaking to fulfil. They fall immediately in love and declare themselves soul mates. I wasn’t convinced by Joe (too much blushing and unrealistic dialogue for a man), or the relationship between him and Mary, if I’m honest. There was no discernible depth to them.

I felt the characters in general, were one-dimensional and needed a lot more realism and development. I couldn’t get invested in them at all. André was the only one with any back story, showing how he came to be in his present situation, but the solving of his problems was too quick and glossed over. If I had to pick a particular character it would be Than. He was the most realistic and interesting. I didn’t foresee the twist at the end.

The light versus dark, angels versus demons theme had promise and so much potential. The basic elements were all there but the plot was lacking. There’s not an awful lot happening until the last quarter of the book, apart from a couple of standoffs with Than and Lisbeth that were over too quickly and easily.

The plot is confusing at times in relation to times and events and I do feel good editing and/or a proof reader would have improved this book immeasurably.