Day 9 of the A to Z Challenge and my these is characters from books I’ve read, plus a little audience participation piece. 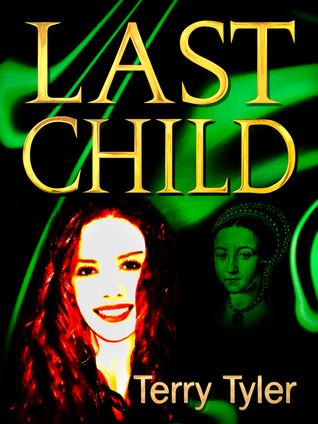 Last Child is the much anticipated sequel to Kings and Queens. It’s a modern day take of the loves and lives of The Tudor descendants of Henry VIII. Kings and Queens introduced us to Harry Lanchester, property developer and his six wives again in a mirrored modern day setting. With Last Child we read about similar mirrored lives of his children. Jasper – Edward VI, Isabella – Mary I and Erin – Elizabeth I written with a fictional take which brings these modern characters alive.

It’s a stand alone book but you would get so much more from it if you first read Kings and Queens because many of the characters return in this wonderful tribute. There is an introduction to set the scene and a link to helpful historical notes if it’s a period of history you are unfamiliar with. The book is written in three parts like the reign of the three characters from history and the chapters within are told from the points of view of many of the wonderful colourful players in the story.

With (King) Harry dead, twelve year old Jasper is son and heir to the Lanchester estates, Uncle Ned Seymour is appointed to run the company until Jasper is of age. Jasper and Erin are living in the care of their stepmother Kate who recently married Jasper’s Uncle Aiden. Within the business there are fighting factions, Jim Dudley is assisting Ned but doesn’t get on well with him. Erin and Isabella are divided in whom they support while Jaz, as he likes to be called is really just an out of control teenager raging against life and hormones.

Having lost both his parents Jaz finds it really hard at times to express himself and ex-nanny Hannah Cleveley suggests he uses a Dictaphone as a type of therapy. As a reader it’s a lovely way to reach inside the mind of a teenage boy and shows the pressures he feels life puts on him and how he copes.

When disaster strikes, the door to managing Lanchester estates is opened for Isabella to take over, we have a brief interlude when the storyline turns to the life and events which surround Raine Grey who in history was Lady Jane Grey who reigned for just nine days. I wanted to dislike Raine when we first met her but she became one of my favourite characters by the end.

During Isabella’s time as manager of Lanchester estates, she rules with an iron-fist and an unpopular one too. Desperate to find someone to share her life and to pour her love into she has a holiday romance with Philip Castillo who she meets in Spain. Everyone can see it’s a disastrous choice except Isabella who becomes so intense that it drives her to madness.

Waiting in the wings is Erin, a chestnut haired beauty who has worked hard and is valued by all those around her. A strong supporter of her family and friends, she’s not been left untarnished by the tragic events that surround her life. Seeing so many of those she loves die and aware of the disastrous trail of marriage break-downs that she has witnessed, she vows never to marry despite the constant companionship and on/off relationship she has with Rob Dudley.

I knew the end of the book was near but I wanted to shout NO when I reached the last line, I wanted more. When a book leaves you emotional and begging for more it’s definitely a sign of a brilliant read. Worth everyone of it’s five stars and more.

Here are some randomly chosen challengers for you to visit today.

As part of the challenge we are asking readers to leave comments on blogs, thank you.

45 thoughts on “Letter I April A to Z Challenge #AtoZChallenge”