Day 4 of my April A to Z Challenge, my theme is characters from books I’ve read, plus an audience participation piece.

Letter D is for Dermot Finnegan from Secrets Of The Heart by Adrienne Vaughan. 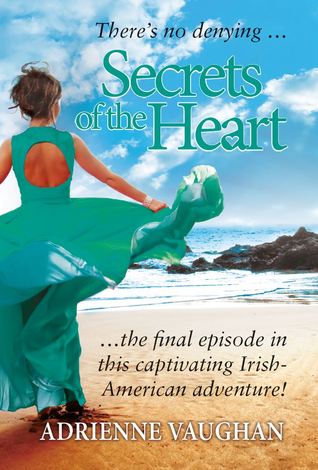 Secrets Of The Heart is book three of The Heartfelt series, easily a stand alone novel, also a grand finale to the series. Set on a tiny island off of the west coast of Ireland, it has all the charm of Ireland and with a host of characters from movie stars to a flamboyant Post Mistress and a delightful West Highland Terrier called Monty.

Marianne Coltrane, once an adopted child, is now a grown woman, re-acquainted with her parents, who have just re-kindled their love. Soon after the honeymooners return, the island is attacked by a vicious storm which sets back the building of a bridge to the mainland. With no financial help from the government available, the islanders take it upon themselves to raise much needed funds.

There are plenty of willing helpers as famous people fly in from all over the world to buy a little piece of Ireland and help the cause, but lots of people have secrets on the island and there’s more than one that weaves it’s way to the surface with a little help from the Irish magic of Innishmahon. A magic which pulls people to the island much to the disgust of local resident Sean Grogan. I’ve really enjoyed all three books in this series and hope there’s more to come.

For my audience participation section, I’d like you to come up with a book Title using the letter D for the picture below.

Leave your answers in the comments below and I’ll be choosing my favourite.

Here are links to fellow challengers for you to visit today.

As part of the challenge, readers are asked to leave comments on blog posts, thank you.