Today we have a review from Diane, she blogs at http://www.fictionzeal.com/ 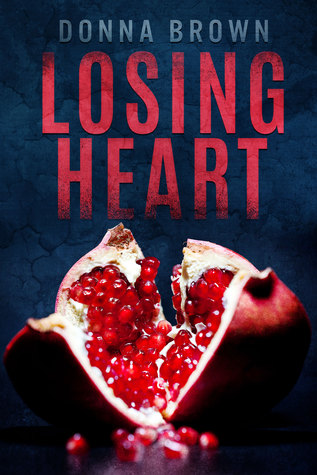 No one knows how they will react to certain situations until said situations actually come about.  In the case of forty-five year old Helen Winslow, her heart was failing.  If she didn’t receive a donor heart, she would most certainly die within a few weeks / months leaving behind her husband, Tom, and their eighteen year old daughter, Josie.  But, Helen is one of the lucky ones.  She receives a donor heart after Sylvia Chambers, a twenty year old young lady, dies tragically in a car accident.

After the surgery, Helen is doing well and shortly thereafter falls into bed with her surgeon, Dr. Jack Meadon.  Marian Chambers doesn’t like that.  Marian is the mother of Sylvia, whose heart now resides and beats in Helen’s chest.  Only a good person should have the heart of her precious daughter.  Marianne decides it’s time to do something about this mess.

This novel was thought provoking.  It demanded and received my full attention.  It was fast-paced and intense; a quick read at only 83 pages. However, the characters were not fully developed leaving me with as many questions as answers.  Like, why was Tom and Helen’s marriage so dysfunctional?  Why was her husband so eager to believe other people more than his wife?  How did Marian gain so much insight into stuff that she wasn’t privy to?  Although the ending was action filled, it was rather abrupt begging for an epilogue for a couple of months later.  Overall, I rated Losing Heart at 3 out of 5.