Today we have a review from team member Georgia, she blogs at http://www.georgiarosebooks.com 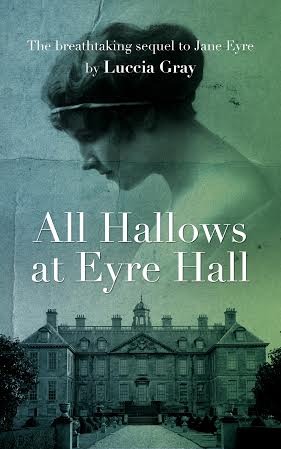 I read Jane Eyre many years ago at school and whilst the story has remained with me it is not a book I have ever felt the need to reread so I wasn’t sure how I would get on with this sequel from Luccia Gray. I need not have worried. Gray has done an excellent job of reimagining the Gothic classic where we find Jane as Mrs Rochester, lady of the house, 23 years older and with Mr Rochester on his deathbed.

Jane is a strong woman, much stronger than I remembered her and she needs to be, her main purpose is to protect her son John, for whom she has great plans in career and marriage, and she has much to protect him from. Her husband has not been a good one and his past misdeeds, that have been hidden for so long, are now coming back to haunt Jane and threaten the future she has planned for John. Some of the things Mr Rochester has done are truly evil and at one part in the book we see the story from his point of view when his selfishness knows no bounds in that he does something terrible just so he can have his Jane solely to himself again.

This is a solidly well told and well written story by Gray with the narrative and dialogue very much in line with the original and although I felt it a little slow at the beginning as we are filled in on the back story it soon picks up the pace and I was left not wanting to put it down. I loved the delicate romance that developed through it, however inappropriate it was at that time and again Jane is the one scheming to come up with a plan that will allow the lovers to be together.

This story is told from several different points of view which, though interesting, at times became a little confusing as you had to work out from whose perspective you were now viewing the story.

I don’t want to say too much more that will give anything away but Jane is heavily involved in the lives and futures of many others and the following parts of this trilogy will be interesting as there are many threads left hanging although this book ends in a satisfying way and not on a cliff hanger. I’m not convinced John has the same aspirations in life as his mother has for him for starters. Then there’s Jane’s planned marriage of convenience…so much has been left for us to enjoy in the future.