Operation Unity is an action thriller and the second book in the John Steel series that I’ve read. There is an opening scene where our hero is trying to stop a timer and he needs a code, others around him call him Mr Black.
The book then jumps back fourteen days earlier. John Steel has previously been working with the NYPD Homicide department. He’s now working on a new lead and books himself on a new cruise liner leaving the English coastline on it’s way to New York via Spain. He’s using an alternative alias, Antony Black. So who is this guy? Imagine a mix of James Bond and Mission Impossible and you’d be pretty close.
Back in New York’s homicide department Detective Sam McCall is dealing with multiple murders and dead ends of clues. Where’s Steel when you need him? Swanning around on a cruise. Except he’s not, he’s got a nose for trouble and when The Neptune docks in Spain, trouble finds Steel in a BIG way. But even this pales to insignificance when the cruise heads off to New York and Steel uncovers a huge arms deal about to go down and just who is behind “Operation Unity?”
This is a good action thriller, quite a few characters, but not too many that your head is left reeling. The action scenes are believable and not filled with too much technology. Steel is the ultimate mystery man and one to make the ladies swoon.
Find a copy here from Amazon.co.uk or Amazon.com 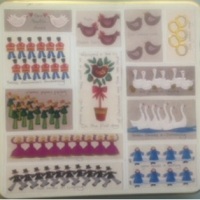