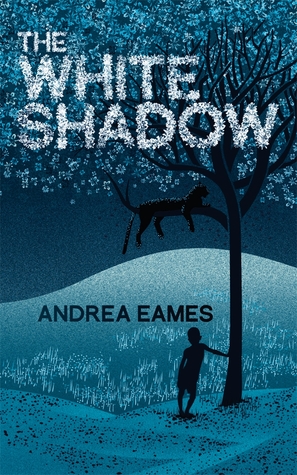 The White Shadow     by Andrea Eames

Life in rural  Zimbabwe as seen through the eyes of Tinashe a young Shona boy.  Life is ruled by his father and local tribal traditions it is late1960`s but the guerrilla war does not seem to dominate their lives.  After the death of their parents Tinashe & his sister go to live in the town with their uncle. Life is different but although they thought that it would be better, bribary & brutality are evident.  Tribal traditions will take a long time to be eradicated and will it be for the good?  A very interesting read, which can help one`s understanding of life in Africa.

‘Look after your sister, Tinashe.’
Tinashe is a young Shona boy living in a small village in rural Rhodesia. The guerilla war of the late 1960s haunts the bushlands, but it only infrequently affects his quiet life; school, swimming in the river, playing with the other kids on the kopje.
When his younger sister, Hazvinei, is born, Tinashe knows at once that there is something special about her. Their life in the village, once disturbed only by the occasional visits of his successful uncle and city cousin, Abel, now becomes entangled with the dual forces of the Shona spirit world and the political turmoil of the nation.
As Tinashe, Hazvinei and Abel grow older, their destinies entangle in ways they never expected. Tinashe is prepared to follow his sister anywhere – but how far can he go to keep her safe when the forces threatening her are so much darker and more sinister than he suspected?
Andrea Eames weaves together folklore and suspense in this compelling tale of a boy struggling to do the right thing in an unpredictable world.