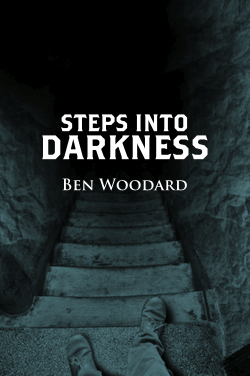 I come from Lexington, Kentucky, USA

Tell us where and when Steps Into Darkness is set.

A small town in Kentucky called Shakertown because the religious group, the Shakers, once lived there. The story is set in 1923

What is your target reading age for this book?

Primarily boys ages 10 to 15 although girls like the story.

Introduce us to Tom Wallace.

Tom is an orphan boy who lives with his cousin, Will, in a house owned by Will’s parents. Tom is short, thin and shy, but he has a horrific secret that causes him to be moody, angry and to take incredible chances. He’s a misfit in the small Kentucky town he lives in since he loves to read, but hates to hunt and farm. He wants to escape this “backwater” as he calls it, but has no money and no where to go. Tom is curious, loves mysteries and is always ready to try something new.

Tell us about the Explosion

Cousins Tom and Will go to a dam construction site with two local girls. They are going to watch a planned explosion on the far side of the valley and have a picnic. However, right after the planned detonation, another explosion occurs on a hill above and they look up in terror to see rock and dirt barrelling toward them.

What is the element of mystery in this book?

Someone is sabotaging the building of a huge dam and the two boys snoop around causing attempts on their lives. A bewildering number of suspects keeps them on edge until they discover the real villain–and then wish they hadn’t.

I’m working on the third book in the Shakertown Adventure Series called The Staircase Of Fire. I hope to have it available early next year. It is a continuation of the first two stories and in this one the reader will learn the entire story of Tom’s secret.