Jamie’s Gamble starts in an affluent suburb of Chicago, but the majority of the story takes place in a turbulent, dangerous, violent Texas border town called Langston.

Why does Jamie feel the need to escape?

Jamie needs to escape because she’s done all she could to satisfy her incredibly demanding, perfectionist father and it’s still not good enough. She needs to strike out for an independent life or she will suffocate under her father’s control.

What are the good and the bad things that Jamie discovers in her new home?

Jamie discovers that there is a very different world out there than the world of privilege she’s just left. People are no longer of the country club, gentile set she’s been accustomed to. Some are jealous of her. Some lust for her. Some want to hurt her. But the flip-side is her new home is real and it’s hers – and she finds love there.

Introduce us to Ricky Benson.

Ricky Benson is a twenty-something who has stood at the pinnacle as a flame-throwing baseball pitcher headed for major league stardom, and yet a tragic boating accident has crushed his hopes for a career in baseball, and the dodgy circumstances of the accident (some witnesses say he was drunk and fell into the boat’s propeller) had the townspeople of Langston gossiping about him. Ricky subsequently has lived the party life: getting drunk, chasing the wrong kind of women, basically pursuing a slow suicide, his mind befuddled to help ease the pain and shame that his life has become. This all, until he meets Jamie. When his hopes for a better life, albeit better in a way different than baseball stardom, are rekindled.

What is the mystery element in the book?

The mystery element is that prostitutes are being systematically murdered in and around Langston, Texas, and law enforcement is doing nothing to stop it ( and many townspeople believe that the local sheriff is tacitly encouraging the murders, seeing prostitutes’ deaths as “good riddance”) The mystery element comes closer to Jamie when a fellow waitress is mistaken for a prostitute and killed – and Jamie thinks she might be next. Also, later, Ricky is unjustly accused of murder. 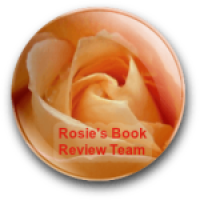