Today’s Book review comes from Cathy, she blogs at http://betweenthelinesbookblog.wordpress.com 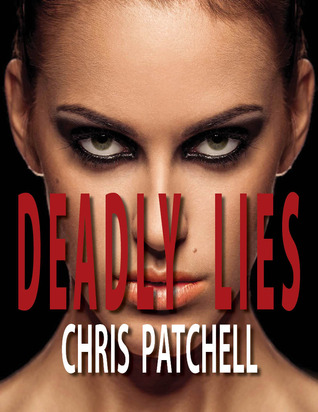 Alex and Jill are facing marital problems. Their jobs keep them apart for most of the week and it doesn’t help that Jill is having an affair with her boss, until, that is, he decides to move on to someone else. While trying to resolve the awkward situation Jill has manoeuvred herself into something totally unexpected and horrific occurs but after the initial shock she sees how this could work to her advantage.

After the abuse at the hands of her stepfather, Jill resolved never to be at the mercy of another man. When she is compromised by a reporter supposedly wanting an interview she takes matters into her own hands. Jill’s behaviour, even as you feel for the young girl she was, is totally disproportionate and spirals out of all control.

‘”Ready or not, here I come,” her stepfather, Master Sergeant Samuel Morris, called out in that creepy, singsong voice, like this was some sort of sick game.

Her hands shook, and she clasped them in a tight knot under her chin. Her mother’s scent – baby powder and cinnamon – filled the small space, enveloping her like a warm cloak, and she wished she could hide here forever. Safe. Untouched.

Tears stung her eyes. God, she missed her mother. It was bad before. His punishments had always been harsh, but since her mother’s death, everything had changed.’

Alex is a detective with the Seattle Police Force and is investigating the disappearance of his ex fiancée’s sister, which is linked to a serial killer. During the course of his investigations he begins to wonder how much he really knows his wife. He realises she has changed in an elusive way but can’t quite rationalise how or why. He is shocked and unbelieving at where the clues are leading him.

This is a very skilfully written debut novel, with strong, well-developed characters. The absorbing storyline is full of intrigue and suspense. Alex is someone I could relate to immediately and, for all Jill is a very complex and complicated character, and because of childhood suffering, I could understand up to a very definite point what drove her. And Alex’s partner, Jackson, is a great character too, always having Alex’s back.

The detail and descriptive prose gives a very intense and realistic slant….and the ending! I didn’t see that one coming! There is nothing I dislike about this book, although the ending did leave me quite shell-shocked. Definitely an author to look out for. Many thanks to JB Johnson at Brook Cottage Books for sending me a copy. So glad I didn’t miss this one.