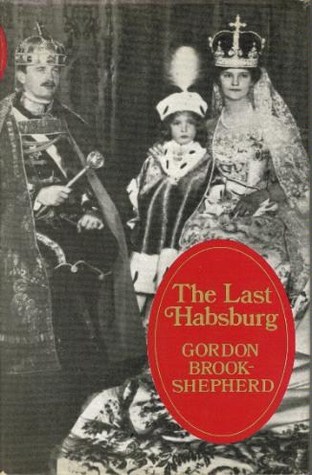 The Last Hapsburg by Gordon Brook Shepherd tells the story of what can happen to a Royal Family when their position and empire falls about their feet. It begins with the assassination of Archduke Franz Ferdinand which set off the World War 1. The main character is Ottoman von Hapsburg who in later life was the elder statesman of the European Union.

The Best match I could find on Amazon for you as this is an old book Uncrowned Emperor: The Life and Times of Otto Von Habsburg

Otto von Habsburg became the head of the House of Habsburg at nine years old in 1922, on the death in Madeira of his father, the Emperor Karl, four years after the fall of the Austro-Hungarian Empire. Now ninety, Otto’s life has been an extraordinary and fascinating one. As pretender to the throne of Central Europe, Otto was naturally an important figure in European politics. Strongly opposing Hitler, he spent World War II in America, where he developed a close friendship with F.D.R. and championed the causes of Austria and Hungary. Renouncing his claims, he later became a member of European Parliament and a strong advocate for a unified Europe.