Today’s guest on the Mystery November book tour is Terry Tyler with her book Nobody’s Fault. 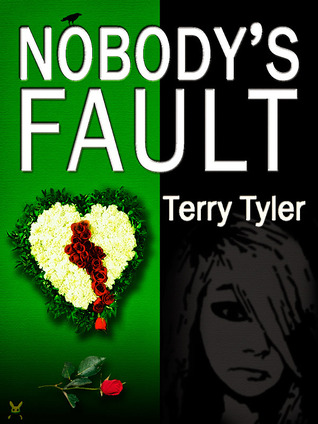 I live in the land of the Geordies, though I am not one myself!

How many books have you written?

I have published 9 books on Amazon – 7 novels, one novella and a collection of short stories, and am half way through the 10th, which is the sequel to Kings and Queens. In the 1990s I wrote 9 or 10 other novels, a couple of which have been re-written for Amazon publication (Dream On and The Other Side)

My favourite sub of any genre is historical fiction – I’m mad for it!

Where is Nobody’s Fault set?

Tyne & Wear, Northamptonshire and Norfolk – the three counties in which I’ve lived. Pity I haven’t lived on a Scottish isle, in New York and Hawaii, instead; my books might be best sellers!!!!!!

How do Adrienne and Nick meet?

At his cousin’s house – they were to have a business arrangement only but fell immediately and irrevocably in love!

Tell us about Sharon.

Ah, poor Sharon. She has so much to give, but life has passed her by. With no family round her and little social life, she makes friends with people on social networking sites.

Give us a hint at the 2 stories in your book

Nobody’s Fault is about the breakdown of Nick and Ria’s marriage, from the point of view of their 15 year old daughter, Tara, and ‘the other woman’, Adrienne. The story running concurrently is that of Sharon, and her all girls’ Facebook group….

What element makes this book a mystery?

We learn early on that, unbeknownst to Sharon, there is more behind the Facebook group than meets the eye – and what is the connection with the story of Nick, Ria and Adrienne? I was delighted to find that NO-ONE got it right when they were reading it – I enjoyed all the guesses! I won’t say any more right now…!

The sequel to Kings and Queens, LAST CHILD – a contemporary family drama that parallels the battle for the throne after Henry VIII’s reign. All the passion and drama of the Tudor court, in the 21st century! I’ve just finished the fourth draft.

Nobody’s fault is now half price on Kindle Countdown until November 11th.