Today’s book review comes from Jessie, she blogs at http://behindthewillows.com 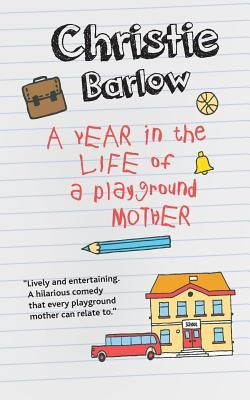 I am part of a book club.  One of the many small groups of women who get together once a month, theoretically having all recently read the same book.  Of course, before we can talk about the book we have to pour some drinks, eat some snacks and catch up on the last month. And, yes, that can take most of our time, but we always get around to the book… eventually.

Reading this book, was like having a surprise guest at book club. She comes in though the door, wearing comfy clothes and monster slippers, which seems like a pretty good mark in her favour. Then she brings out her drink of choice which she brought to share – also a mark in her favour. The fact that it’s Sherry is a bit odd because I’ve never known someone to do anything other than cook with the stuff but, well, she’s from England and it’s not like anyone else in the group wants my bourbon on the rocks, so we’ll roll with it  Of course, then someone asks her about herself…

A long time later we have learned many things. First off, this new one is a bit of a conversation hog. I mean really, we asked how things were going and she gave us a whole year in review! But we’ve been giggling pretty constantly so I think everyone is ok with it.  Her stories are hilarious! At least I think they are hilarious, sometimes it’s hard to tell. One wouldn’t think you’d need a translator to translate English to English but I definitely feel I’m missing some things. The only unfortunate thing is that as time has gone on the sherry has kicked in. Arms are waving, stories are louder and while she is still funny there are few topics and phrases that she seems to think have gotten funnier as the night goes on. But we’ve all been there so when she wanders I take the moment to sip my own drink and let my mind drift and quickly come to a conclusion. Girls can be mean, moms can be meaner. And this new mom, despite her humor, is no exception!

Would I recommend it? I would have invited her back for another book club, but I don’t think she actually read the book…

It was a funny, quick read.