Cathy chose to read and review Dare To Lose by E.L. Lindley 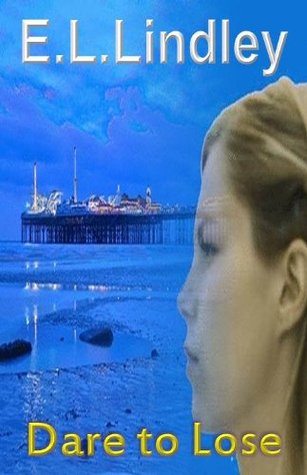 After being forced out of her job as a school teacher after upwards of 25 years and being on the receiving end of some nasty school politics, Nicola opens the cafe she’s always dreamed of and her life begins to turn a corner. That is, apart from having her mother as a permanent houseguest and until her young American waitress, Jessica, doesn’t show up for work one day and is nowhere to be found. As Nicola becomes increasing worried she phones Jessica’s family in the United States. Nicola has no idea how this will impact on her life.

Jessica’s good looking but very uncommunicative and aloof father, Jack Nash, arrives in response to Nicola’s call. The local police aren’t making Jessica’s disappearance a priority so, as he is a detective in Chicago, Jack decides to start his own investigation and search for his missing daughter. Nicola, Jack, Nicola’s mother and her boyfriend, Ron, find themselves embroiled in a situation they could never have envisioned and are drawn into something very threatening and dangerous.

It was the voice which caught her attention first and she felt her hands freeze as, knife in hand, she turned to find herself face to face with a large, scowling mass of a man. The Texan drawl left little doubt that he was somehow connected to Jessica, as Nicola put the knife aside and picked up the tea towel to wipe her hands.

There’s a lot of action and suspense throughout the story which held my attention fully. I can’t make up my mind if Nicola is very brave or very foolish. Maybe I’ll settle for a mixture of both. It’s a nice change for the main protagonist to be an older woman and Nicola is easy to like, and someone who puts others first. She’s also someone to rely on. All the characters are well drawn and easy to picture in the vivid scenes and places running through my mind.

Nicola and her mother have a complex relationship and they exasperate and comfort each other in equal measure. I like the role reversal, Nicola being the one shocked and embarrassed by what she sees as her mother’s irresponsible behaviour. In the end though, Nicola realises family, friends and dependability are everything, finding love is a bonus.

I enjoyed the story, the humour and E.L. Lindley’s writing style, very much.