Today’s book review comes from Babus, she blogs at http://ajoobacatsblog.wordpress.com 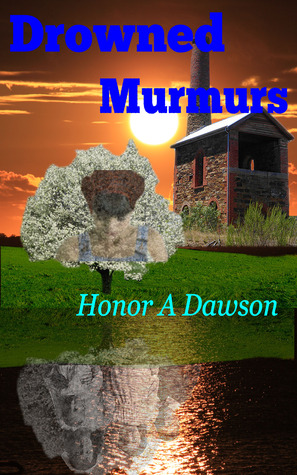 Drowned Murmurs tells us about the eerie occurrences in the lives of two women 100 years apart: In present day, Michaela has just inherited Primrose Cottage from her Uncle Jim and along with boyfriend, Sam is renovating this much neglected property against the wishes of her mother, Judith and the written recommendation from her Uncle Jim. The cottage also comes with a history of rumours about a curse and myths about a ghostly Catherine. Catherine Cooper lived in Primrose Cottage 100 years prior to Michaela. She moved in after marrying well-to-do Jack Cooper who was from a wealthy and prominent local family who owned the copper mines nearby. During the course of her arduous life with Jack, Catherine lost a number of children in infancy at the cottage. Local have always upheld that Catherine was to blame for the demise of her children. Michaela disagrees with this local folklore after she has a number of visions about Catherine and concludes that she has always been wrongly accused and held accountable for the deaths of her children when she was innocent and living with a volatile husband, Jack.

Michaela comes up against hurdle after hurdle trying to find out about Catherine’s life, which seemed odd as the locals associated Primrose Cottage with Catherine and a curse but clammed up about it as soon as Michaela and Sam showed any interest. Michaela’s mother, Judith has her own skeletons linked to the Cottage and is another opposing force to both Michaela’s renovations and investigation into the life of Catherine. As the toll of the renovations, stress of her dilapidated living standard and the stress of arguing with her mother and neighbour affects Michaela she starts becoming more emotionally labile and relating to Catherine.

I found this book quite engaging to begin with as it was very reminiscent to reading a Susan Hill horror (Susan Hill is one of my favourite authors). I found the story about Catherine very gripping and felt that the parts dealing with her life were well written and kept a good pace, however I found reading about Michaela was not as interesting and this is where the book departs from my previous experience of reading Susan Hill, as she becomes more moody, morose and generally unlikeable for a protagonist. I felt we kept being told the same things about what she was thinking and feeling without much progression in the story. Also there were many typos that needed correcting and a good proofread and editing was much needed too. The book ends relatively well with all loose ends being tied up and explained, however, the story could have had a better impact if it was shorter and a little more to the point when telling us about Michaela.

There was real potential in this horror suspense novel to be a very effective read but some of that was lost through the lack of proof reading and editing that would be required to make this a great read.