Welcome to Day 16 of Romancing September Across The World Tour. Today our guest is Mary M Forbes. Catch up with more from Mary in a few hours with the second part of our tour when Stephanie chats to her. 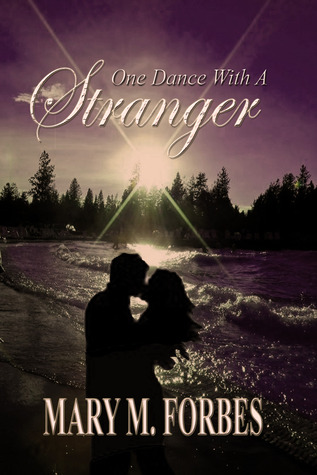 In the isolation of Northern Saskatchewan I grew up on a farm, even going to a small country farm school. Think ‘Little House on the Prairie’ and it was similar to the way I grew up. I had my own horse and although we were as poor as the proverbial ‘church mouse’ and couldn’t afford anything, I always felt I was more fortunate than others. They may have a bike – but I had a horse. We also had fantastic meals and could eat as much as we wanted.

My attempts in writing went as far back as when I was a teen. I read avidly and would create my own stories. Then real life, children, husband and work intervened. I seriously started writing again in the mid-1990s after my kids started growing up.

I like most, but my favourite is historical romance. I have always been fascinated with history and love researching. Sometimes I get caught in a trap and just keep researching, forgetting to write the story. Events in history always create ideas and eventually the story just falls into place.

What is Emily’s background?

Emily grew up on the streets of Toronto rather than suffer the indignities of foster parents. She hates the disadvantages life has dealt her and the filth she is forced to live in.

Why is Wade in jail?

Wade is drunk when he catches his wife in bed with another man. After listening to Alan Jackson’s song – a hole big enough to drive a truck through – he decides to make a hole in his house by driving a truck through it. He is charged with a DUI and driving a semi into a residential area. Fortunately his brother’s efforts to pin ‘attempted murder’ on him doesn’t stick. It causes a major rift in their sibling relationship though.

Does Emily have an ambition?

Emily wants to get out of the squalor plaguing her life. She will do anything to create a clean, peaceful life even posing for ‘Night Dreams’ – a men’s magazine.

What’s stopping Emily and Wade getting together?

Emily has no interest in the exciting, chaotic life a country singer has. She is trying to escape from a roller-coaster life and feels Wade’s brother, a politician, can give her exactly what she needs – an orderly, calm and especially clean life. Emily wants security. Love doesn’t matter.

Are there lots of sexy rugged cowboys in your book?

No. Wade is so dominating as a character it’s hard to imagine anyone as sexy or rugged. He seemed to demand full attention.

I have just finished the first book in my ‘sweet romance’ Crystal Ridge series – Never Pick a Pretty Woman. I have outlined the next Sophisticated Cowboy and hope to have it done by Christmas. Then the third and last book of the series This Princess Wears Cowboy Boots will be available in the summer of 2015. I am also working on a more complex book titled ‘Seraphim’ – which is a story of abuse and death (grieving). It is Delaney’s journey in finding trust and love again.

Find out more about Mary from Stephanie Hurts blog and all our Romance writers http://stephanie-hurt.com