Today we welcome Margaret Langstaff to the blog, author of yesterday’s book “Twilight’s Indian Princess”. Here is a link to the book post. (Link to be added)

Let’s find out more about Margaret and her writing.

I live in a small town just west of Gainesville, FL (home to University of Florida, my alma mater) on a small farm with lots of large animals, many of them “rescues,” and crawling with wildlife. I moved here 12 years ago after leaving a career in book publishing to write full time.

I started “writing” in elementary school when I was about ten and took advanced degrees in English Lit and writing at UF.

What genres do you enjoy writing and why?

I don’t really write genre fiction if by that you mean romance, fantasy, sci-fi etc., although I’ve written two funny satirical mysteries starring one Garnet Sullivan, a snoopy over-wrought reporter for a tiny newspaper in the fictional “Punta Bella, FL,” a town and area much like my childhood home. It’s a little series I started and there will be more titles coming.

The first one, Marlin, Darlin’ was #3 on Goodreads best mysteries list when it came out.

Mainly I write short stories and am working on a novel of which “Twilight’s Indian Princess” is the first “installment.” Originally I planned to publish it serially, first as ebooks, then in hardcover. But I am having second thoughts about that, and may have a larger publisher bring out the hardcover.

My stories have a small but fierce, intelligent and loyal following. They are all humorous and a bit off the wall. Surprising, I guess you might say. Flannery O’Connor is my role model for the short story, her wicked humor, moral sense and her amazing talent and skill with the form.

I’ve learned so much from studying all of the great writers, but I feel a particular affinity with Flannery O’Connor and Mark Twain. Both have been cited by way of comparison by some reviewers of my work. Both are from the American South, my native soil as well, and I too write with a southern sensibility and most frequently with a southern setting in my books.

I’m not really what you’d call a humorist, but I’d always rather make the reader laugh than cry! Laughter, I think, is healing, the best medicine, and affords us a means of transcendence over (and an antidote to) the all too common sorrows and anxieties of life.

What was the one idea behind “Twilight’s Indian Princess”?

I never start any piece of fiction with a concept or idea. My inspiration begins with a certain character in whom I’m interested. I want to know who they are, what makes them tick, why they do the things they do. Ideas emerge as I explore the character by writing about him or her. In the case of Sarah Sloan McCorkle of “Twilight’s Indian Princess,” I discovered this was a wonderful woman with a huge heart and huge sense of obligation to help others, not just the people she loved. She was very smart, but made (as we all do inevitably) some poor decisions. She was trying to do too much for everyone else as well. I’ve known people like that, of course. They are always in danger of burning themselves out, neglecting their own needs and goals/aspirations because they are in a sense afflicted by an outsized need to be “perfect.” I think women, particularly wives and mothers today, all have some Sarah in them. Most women I know today are just days or hours away from a meltdown at any given moment. Something about the time we live in spurs them to always do more, do better, to work harder and to give-give-give until they drop or crack.

Tell the readers a little about Sarah, in the story.

Sarah fascinates me. Now an overworked middle school science teacher and mom, she grew up in a privileged southern aristocrat household with a doting physician father and a severe guilt-tripping mother. Her mother’s parenting really in a way thwarted her, atrophied parts of her, made her always deny her own needs in favor of others’ needs. It wasn’t all bad, though. Her happiest childhood moments were the times she spent with her pony Twinkie and her horse Nancy (when she got older), and of times spent talking to her father in his study. Her father is deceased when the story opens and her mother continues to be a loving but oppressive force in her life, constantly nagging her, berating her. Her mother is particularly annoyed and disappointed in her because she “married down,” chose a county fireman for a husband instead of someone from her own background. Sarah had her reasons, though. She wanted children, time was running out. There wasn’t a line of suitors and lover boys winding around the block in front of her apartment. I think the way they meet is classic Sarah and so funny.Though she and Wesley have little in common, and often drive each other crazy, she loves him unequivocally, devotedly. They have two great young kids and are great parents.

Where are her children? What are they doing?

Lonnie and Toot (actually “Mary Helene,” and named after her harridan mother) are away at summer camp, a typical summer activity-vacation for kids in the south. Camp Finley is a child’s paradise, they are having a blast. But Sarah had hoped for a respite from her mothering duties and stresses while they were away and this was not the case at all as it happened. Each develops crises, makes incredible demands on her, even though a hundred miles away and in a safe happy place, each creates enormous stresses for Sarah during her “time off” and their vacation.Their letters home in their own highly individual unique voices I almost channeled when writing. I could hear them talking, it was all so real to me and so revealing to me of who they were, what they were like, their ages and needs. Their comfort and assurance in their mama’s unswerving love and devotion comes through loud and clear. All very entertaining to me. Poor Sarah, no rest for the weary.

What does she discover when she sets her thoughts free to drift?

Actually, I think this would be a spoiler for the story should I answer the question. I will only say that when Sarah finally does indulge herself for just a few hours, she is so inexpert at doing so, so unaccustomed to it, that she kind of goes over the edge. Not completely, though, for I believe she discovers some very valuable wisdom about life in general and her own life in particular and it changes her. Even though she explodes, melts down and gives Wesley hell, what she learned enables her survival and makes her wiser.

Her crazy eureka moment in the bathtub, as wacko as it is, launches the process of moving toward some peace and resolution to her internal conflicts.

But nothing in this life is pure and simple. There are always unintended consequences, repercussions, some fall-out. Sarah scares herself half to death in some of the things she does, for she does some very ill-advised, silly things, but she still comes away wiser and more sure footed having learned what she learned, both about herself and life.

Tell us about some of your other books that you’ve written.

All my latest are on Amazon. I recommend my short stories and also my mysteries. The mysteries are somewhat less “literary,” I guess, than the stories, less serious, though all are at heart funny and leavening. I will issue a caveat for future readers, however, that my work pushes the envelope, pushes boundaries of the ordinary and expected; it is all somewhat outrageous, over the top, shocking and unusual because I write to discover why people are the way they are, how they really think, what really motivates their behavior. I’m interested in the truth, not pat, conventional or generic answers.

I suppose along with the humor and laughter there is also something unsettling about some of my work for some few people, people who read mainly to have their own ideas and opinions coddled and validated, and who don’t read to discover, explore new things, who don’t want to really dig into what’s behind the public persona of the individual lives in question.

Where can readers find out more about you and your work?

My literary blog is a good place, maybe the best! It’s http://margaretjeanlangstaff.com/ I’m also a Goodreads Author and have an author page on Amazon.

Thank you very much for your interest, Rosie.  This was a wonderful opportunity for me to talk about my work with the many followers of your blog. 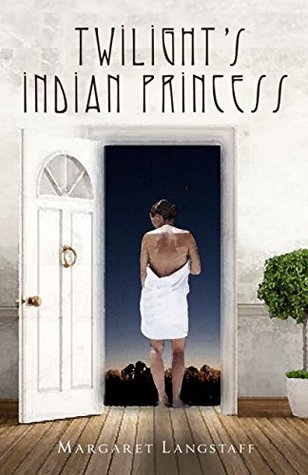 Thank you Margaret and Good Luck with your writing.