A Wizard of Dreams by Robin Chambers

Gordon Darling was an extremely early developed wonder child. Speaking words at just mere months old and building complex models before he was five years old. He has an imaginary friend called Zack who helps and guides him. They can communicate telepathically which helps in the presence of others.Together they travel in Gordon’s dreams. In the real world, Gordon is so advanced that when he goes to Nursery he becomes the teacher’s assistant and with Zack’s help they teach bullies lessons and help out the victims. Gordon becomes a silent hero and this continues as he transfers to Primary school.

During Gordon’s dreams they travel to a castle filled with fairies, and take part in a story not far from the tale of St George and the Dragon, the author talks of Mr Ben and Gordon fights a giant Action Man. In another dream they travel as explorers across the universe in Star Trek fashion meeting Gorilla’s on a planet echoing Planet of The Apes. There are special mentions for Jurassic Park and Scooby Doo too.

Gordon loves learning and with Zack’s help he is quite the walking, talking book of knowledge. He happily teaches children and adults with his vast knowledge. I particularly enjoyed the family holiday to Cornwall. Discovering the family history from a gruesome tale of witches and ghosts. However to have the boys then riding broomsticks, purchased from “Coincident Alley” in Chester, then adding a headless Noblemen and a headless hunt plan to haunt the family Hall, took my attention from this book and made me start to think of a very famous series.

After meeting his sixteen times Grandmother, Gordon is led to his next adventure and one where Gordon will move out of his body further to travel without Zack, a tale where he meets King Arthur, the Knights of the Round Table and one known as Myrddin who is described as resembling Gandalf or Dumbledore. Gordon must retrieve a magic torque or necklace which he will be trained to use to grant him wishes to those with virtuous desires.

We leave Gordon on the brink of starting Secondary school where his adventures will continue. My e-version of this book ended with 85% completed and there then followed pages of explanations for each chapter. They covered scientific words used, sayings, quotes, adjectives and much, much more.

I have really struggled with this review. The book’s audience is said to be from ten to one hundred, a vast age range to capture. At times it felt like “fan fiction” with so many mentions of films, books or TV series. Was Gordon going to be the next Superman/child? Or was he going to stay forever a child with the surname Darling in a land of dreams? I wondered if the younger audience would know of Mr Ben, Dad’s Army, Star Trek , Greece (The Movie) and Planet of the Apes. I understand that by giving similarities to children of books and characters they already know may help them understand a story.

Then as an adult reader I felt that Gordon was preaching at us or teaching us as if we were all still in school. I wanted a newly created world and I did like the cottage in Cornwall, the trip to the Eden Project became educational rather than interesting until Gordon took off and left Zack in his body. I wasn’t grabbed by this book, I kept putting it down. I know this book has received several 5* reviews, I have actually asked an 11 year old avid reader for their thoughts on the book as with any review by a reader not in the target market, the review can become discoloured.

4 thoughts on “A Wizard Of Dreams by Robin Chambers” 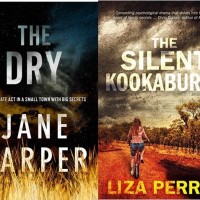