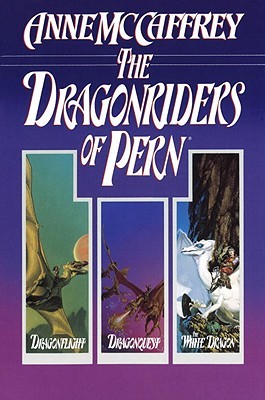 10 thoughts on “What book have you read multiple times? Features The Dragonriders of Pern by Anne McCaffrey”