Today our guest is John Howell author of yesterday’s book My GRL. Here is a link to the post if you missed it. http://wp.me/p2Eu3u-5pr

Let’s find out more about John and his book.

I was born in Detroit Michigan in the US. I consider it my hometown even though I have not lived there for over fifty years. I have move around while being part of the business community. I now live in a seaside village that we like to say is a drinking village with a fishing problem.

I started writing my first novel in 1993 and found it difficult to write and work at the same time. I printed the novel off to edit and it still sits in its original form. I use it hold the laundry room door open in the breeze. I began my second, My GRL which has been published in March of 2012. So that was a roundabout answer which can be summarized as I have been writing full-time since 2012.

3)   What was the one idea which sparked off My GRL?

I was standing on the flight deck of the aircraft carrier Lexington with my sister. Our father was a naval aviator during World War II and he served on the Lexington which is now moored at Corpus Christi. I was thinking about how vulnerable the boat really was with no way to protect it from anyone who wanted to destroy her. We left and I began to figure out how to blow her up and then how to prevent it. The story unfolded from there.

4)   Why did John Canon want to take an extra-long break from his Law firm?

John had worked about twelve years straight without a break. He went on a short vacation to Port Aransas Texas and decided he wanted to become a charter boat captain. He didn’t quit the firm he took a leave of absence. His motivation was to want more out of life than winning litigation cases and making a lot of money.

5)   How did Gerry become a boat broker?

Gerry was actually working at a bank in San Francisco and decided she needed to get away even thought she was a Vice President. Although it is never confirmed in the book, she was running away from a bad relationship. She visited her parents who were on vacation in Port Aransas to try and sort out her life. She more or less fell into the Yacht brokerage business by accident. Her dad was a friend with the owner and one night at dinner he met Gerry and thought she would make a great sales person. He was right and she did quite well

6)   Tell us about the Desert Wolves group.

The Desert Wolves are a small splinter group of terrorists who were once part of the Taliban. They broke away because the leadership felt the Taliban was concerned with its own ends and did not share the degree of militancy and hatred of the western world as the Desert Wolves. The group is funded by billionaire Matt Jacobs who wants to see Palestine returned to his people, as well as justice for perceived persecution by the west throughout the ages. This group is so militant the Taliban warned them to cease their activities or risk being sanctioned. The Desert Wolves have ignored all threats by their fellow Muslims including the church leadership.

7)   John’s plans for his last evening with My GRL are spoiled; tell us how John feels about that.

John initially is pretty upset since it was agreed he would have time to take Sarah Barsonne on the boat and have a last cocktail. When John and Sarah arrived dockside John’s boat was gone. The new owners had taken it early. John called the broker only to get little satisfaction and to realize there is nothing he can do about the early possession. He comes around to the point that it was a fine boat and he should be complimented the new owners were anxious to take her.

8)   When is it that John finally starts to believe he’s in real danger?

He is handcuffed and has leg irons attached and while he is trying to see some of the container ship he was on a soldier comes up to him and starts screaming at him while firing an AK47 into the air. John cannot understand what the soldier wants him to do and since he was authorized to move around the ship he is terrified and hits the deck. He knows now he is in real danger.

9)   I believe your own home is on Mustang Island, how would you entice me to come there on holiday?

I would tell you of the soft sand and warm Gulf of Mexico water. I would describe the wonderful restaurants and the friendly people. There are fine shops and fishing if you would like. I would also prepare a margarita for you and we could sit on my veranda and let the warm breeze and sound of the sea carry all worries away.

10)   Tell us where readers can find out more about you and your writing.

I have a blog titled Fiction Favorites at http://johnwhowell.com . Where I talk about general subjects and do post short stories as well. Readers can also visit my Author’s page on Amazon at https://www.amazon.com/author/johnwhowell 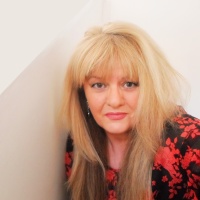