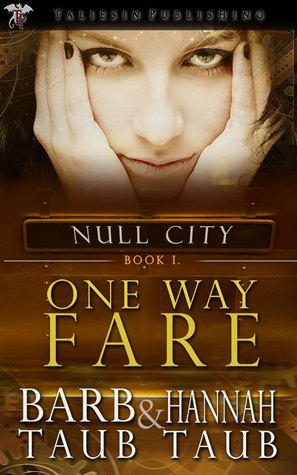 This is an amazing story of fantasy, time and dimension travel and strong heroines with superpowers.
Gaby Parker lives with her younger twin brother and sister, who she is looking after and taking care of after the murder of their parents, in 1970’s Seattle. She is a Harmonia, which gives her the ability to see patterns in mostly everything…

Leila Rice, living with her adoptive parents, unaware she is a Nephilim, born of the union between a human and an angel. In 2012 she travels to France to claim the inheritance
left by her birth parents…

A very fast-moving plot told in several timelines with compelling and well-defined characters. Gaby and Leila are strong protagonists, both fun and feisty.

The two girls are unknown to each other initially but they are both caught up, in one way or another, in the war between Heaven and Hell and the story hops between the two of them, each trying to avoid, or deal with, the danger lurking round every corner. Only by visiting the past will they find the answers they need and the only way to get there is by riding the Metro.

Eventually, via their ability to time travel, they meet and journey to the Court of the Fallen, or Hell as it’s better known, peopled by fallen Angels, imps and demons. Gaby and Leila along with Thomas and Luic join forces in the terrible fight to save Null City, their only sanctuary, humanity and the world as they know it.

The detailed historical and place depictions are vivid and made easily imaginable and I love all the pop culture references and the humour running throughout. A very complex and imaginative story told with plot twists a-plenty. The narrative I thought was very good, if a little complicated at times with family dynamics in the past, present and future.

Definitely worth reading if Urban Fantasy/Paranormal is your thing.